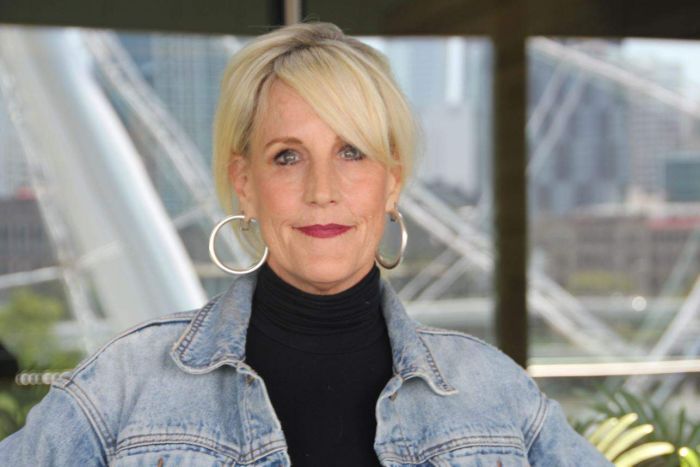 American activist Erin Brockovich has warned all levels of government in Australia to act swiftly to prevent the spread of PFAS chemical contamination, with more affected sites coming to light.

ABC News has obtained a list of more than 60 locations identified by authorities in one state alone believed to be contaminated by the synthetic compounds. They include a prime parcel of riverfront real estate in Brisbane slated for a high-end residential development and a university campus currently under construction to the north of the city. PFAS chemicals are found in firefighting foam and other products manufactured for their resistance to heat, water and oil. Authorities overseas, such as the US Environmental Protection Agency, have found PFOA and PFOS chemicals (a type of PFAS) can cause reproductive and developmental, liver and kidney, and immunological effects in laboratory animals. Queensland authorities said PFAS can persist for a long time in the environment and tend to accumulate in the bodies of animals and people. A study is currently underway by the Australian National University looking at the health impacts on people who have come into contact with high levels of the chemical.

What you need to know about PFAS

Ms Brockovich said the details from Queensland alone were “alarming”. “I’m coming over here having dealt with this in every state in America,” she said.

“The sites that you’re looking at here in Queensland — these didn’t just happen this morning, this has been going on for a very long period of time.

“Imagine your whole country and how many sites you have in other territories — you could be looking at hundreds and hundreds of locations and what is in fact happening to your water supply and to your people. “You really need to wake up to these issues in this country — here in Australia you are bigger and better than this.”

The list of locations includes 26 fire stations, eight current or former defence sites, six airports, four ports, three town water supplies and several waste facilities. It took more than a year for ABC News to access the documents from Queensland’s Department of Environment under Right to Information. Some locations on the list have been well publicised — like the contamination of a Bundaberg reservoir last year and the accidental release of 22,000 litres of the toxic firefighter foam at the Brisbane Airport in 2017. But several others appear to have had little or no previous media coverage, including the former Bulimba Barracks which is earmarked to become one of Brisbane’s newest residential precincts.

View the full list of locations obtained by the ABC

The Department of Defence is in the process of selling the site to a developer but began an investigation into the extent of the contamination last year. A Defence spokeswoman said the developer would take responsibility to “remediate” the land once the settlement is finalised. “In August 2019, Shayher Group was selected as the preferred purchaser of the site following a competitive open market sale process,” she said. “Shayher Group is an experienced Australian developer that has demonstrated its capacity to successfully remediate, develop and protect the heritage values of the site. “The contract of sale for the site has provisions to ensure that Shayher Group will commence work to remediate and develop the site in a timely manner.”

Also on the list is a former paper mill at Petrie, to the north of Brisbane, which is being converted into a new campus for the University of the Sunshine Coast (USC). Documents show the Department of Environment issued a notice to the operator Orora after PFAS chemicals were detected in soil and leaking into the adjacent Pine River in 2017. A final response commissioned by the company itself in response to the Department found there is an “unacceptable risk to birds and animals” in the surrounding waterways popular with recreational fishers. It also found that some parts of the land would not be suitable for residential development or open public space. In the report, the company said it was in the process of conducting remediation work and a DES spokesman said it found “no unacceptable risk for people”. “A final investigation report, including a human health and ecological risk assessment, indicated that there was no unacceptable health risk for people on the site or nearby as a result of PFAS,” he said. “Following the investigation, Orora has set up a PFAS treatment facility on site, which is licenced by DES as part of remediation activity associated with current site development.”

‘Shame on you’: Brockovich smacks down local councillor

The Sunshine Coast Regional Council recently came under fire after announcing plans to release millions of litres of PFAS-tainted water from the airport straight into the ocean off the coast. Councillor Jason O’Pray released a video online putting some of the water into his mouth saying it was “clean”.

Space to play or pause, M to mute, left and right arrows to seek, up and down arrows for volume.

“There’s no foaming, there’s no discoloration, it’s certainly not toxic,” he said in the video. Ms Brockovich viewed the video and said the councillor should be “ashamed”. “You look really stupid because you’re taking water that’s tainted that you’re trying to clean up and throw it in your mouth and say, ‘Oh see it’s perfectly safe’,” she said. “There’s no comparison to that and swimming in it every day over a course of time — so folly it is. Shame on you. “We’re literally going to crap in our own mess kit if we just keep dumping and dumping into our water and our rivers.

“I said years ago we need to get ahead of this and they’re not.”

Ms Brockovich was flown to Australia by Shine Lawyers for a speaking tour on PFAS contamination and other industrial relations issues like silicosis. The legal firm has already filed class actions against the Department of Defence on behalf of residents in Oakey on Queensland’s Darling Downs and Katherine in the Northern Territory who are claiming to have been impacted by PFAS contamination in their communities.

Special counsel for Shine Lawyers Joshua Aylward said the legal firm was also investigating other sites around the country. “I’m a bit shocked because we all know about the Defence bases which have used a lot of this foam that have contaminated the sites around them — there have been a few other sites that have leaked out over time … but personally I didn’t realise there were 60 or so sites just in Queensland.’ “The contamination has spread quite widely off many of these defence bases and I would say the list of 60 that you have here in Queensland there will be some of those sites where the contamination has well and truly left the airports or the ports.”

Department tracking a number of sites

A spokesman for the Department of Environment and Science (DES) said potential PFAS contamination is monitored by a number of government agencies. “When these PFAS amounts are small and under the national guidelines they are not considered to be a risk,” he said. “In instances where guidelines are exceeded, the public is advised, any required human health precautions are led by the Queensland Department of Health and investigations to determine the cause of the contamination are undertaken. “DES is currently tracking a number of sites in Queensland where the potential for PFAS at higher levels may exist. “The list provided to the ABC includes sites where PFAS has been identified, but this does not necessarily mean PFAS guidelines have been exceeded. “The Queensland Government was the first government in Australia to ban the future use of firefighting foam containing PFOS and PFOA in July 2016, and has implemented a policy to phase out stocks of firefighting foam containing these chemicals.”