You are here: Home / PFAS – the ‘Forever Chemical’

This is the first article in a three-part series considering the challenges PFAS (per or poly fluorinated alkyl substances) present to the environment and potential options for overcoming such challenges.

In centuries past, chemistry was a dangerous profession. Carl Wilhelm Scheele (1742-1786) was dubbed “hard luck Scheele” by Isaac Asimov, because others often got credit for his discoveries (such as Oxygen, attributed to J. Priestly). Scheele holds the record for identification by smell and taste of the greatest number of the most toxic compounds. The mineral Scheelite was named in his honor after his death by Mercury poisoning (and probably a bunch of other stuff). 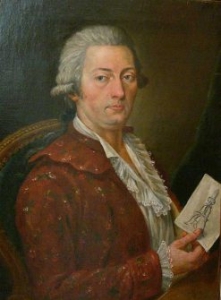 Given this history, a major preoccupation of chemists has been to develop less dangerous alternatives to many existing chemical processes. This century, it is becoming apparent that the cure is often worse than the disease, especially to the general populace.

One such example is the advent of TEL (tetraethyl lead), by Thomas Midgley Jr. at General Motors and Dupont, to produce cleaner burning gasoline. Tens of direct deaths, insanity and hallucinations occurred during development of the production process for TEL. In 1924, Midgley held a press conference to demonstrate the safety of TEL, during which he poured it on himself and then inhaled it directly from a bottle for sixty seconds. He said he could do this every day with no harm. Soon after, he had to take a leave of absence due to lead poisoning.

Midgley was subsequently demoted and went on to work on the development of less toxic and less reactive refrigerants, which was a major issue in the 1920s. The result was Freon 12 (dichlorodifluoro methane). At the time it seemed like a major breakthrough. It was of low toxicity, reactivity and was an excellent heat transfer fluid. It was accidentally discovered that polymerization of these compounds created Teflon. It replaced all other refrigerants for a while. The problem was that it was too stable, and instead of undergoing photochemical decomposition in the biosphere it effused 25 miles up to the stratosphere where its decomposition by ultra-violet light resulted in destruction of stratospheric ozone and creation of the ozone hole. In 1951, Midgley contracted polio and was disabled. He devised a system of pulleys to lift himself out of bed. He became entangled in the device and died of strangulation.

The lessons to be learned from the above stories about the development of new technology involve the limits of our understanding of the complex chemistry of our planet and our inability to anticipate unintended consequences.  Most often it is impossible to tell if unintended developments are beneficial or dangerous.

For instance, at DuPont, Roy J. Plunkett, Ph.D., was working on the new generation of refrigerants based on CFCs (chlorofluorocarbons). His research involved working with tetrafluoroethylene (TFE). One morning his assistant noticed that the vessel they planned to work on seemed empty, according to the pressure gauge. Upon inspection, there were no leaks. After a reasonable amount of hand wringing they decided to cut the tank open. They noticed that the walls were covered with a white powder. That powder was Teflon! 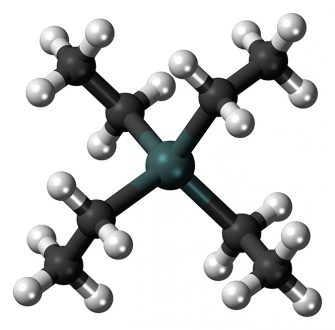 At first Teflon seemed like a miracle compound for reasons known to most people (non-stick protective surfaces, lubricants, etc.). Now it appears that after decades of production and abrasion of treated surfaces the entire earth is polluted with micro-particulate Teflon – arguably the most pernicious form of plastic pollution. And while nobody fully understands the consequences of pollution from such uses, more clarity on the effects figures to come to light as research continues.

Now a major unintended consequence of the liquid form of this class of compounds is creating an environmental crisis. They are referred to as PFAS (per or poly fluorinated alkyl substances), and they have been shown to be powerful endocrine disruptors (at a minimum).1

Most of the solid and liquid forms of PFAS are still present in the environment and morphing into forms of which the physiochemical behavior and environmental fate are unknown. It should be noted that the Ozone hole caused by CFCs (gaseous chlorinated PFAS) appeared to be diminishing, stabilizing the Ozone layer, until it was recently discovered that rampant use of CFC 11 in China – in violation of the Montreal Protocol – was continuing to damage the stratospheric Ozone layer.2

So, the questions remain … what is, what could, and what should be done to protect the environment from the harmful effects of PFAS? This series of articles will shed some light in this regard.

Perﬂuoroalkyl substances (PFASs) are a group of human-made organoﬂuorine compounds, a class of highly fluorinated substances. Also referred to as fluorochemicals, as well as the “Forever Chemical,” due to their persistency in the environment and humans, PFASs contain one or more carbon atoms whose carbon-hydrogen bonds are replaced by carbon-fluorine bonds. The carbon-fluorine bonds are the shortest and strongest chemical bonds, hence its chemical reactive stability and persistency. When multiple numbers (abbreviated as “n”) of fully fluorinated carbons are linked together, they are known as a “Cn” perfluorinated group, such as C6 and C8 PFASs. PFASs have many different structures, and the perfluorinated group gives them unique properties, which have been leveraged to the advantage of various commercial products and industrial processes.

Manufactured in the 1950s, PFASs were the main ingredients in non-stick and waterproofing treatments and coatings. The first firefighting foams with PFAS were created by 3M in the 1960s, and 3M was the sole supplier from the mid-1960s until 1973.3 The manufacture of PFASs increased in the late 1960s in the United States, especially for use in firefighting foams, bolstered by military applications following the deadly fire aboard a U.S. Navy aircraft carrier, the USS Forrestal, in 1967.

Now a major unintended consequence of the liquid form of this class of compunds is creating an environmental crisis. They are referred to as PFAS (per or polyfluorinated alkyl substances), and they have been shown to be powerful endocrine disruptor (at a minimum).¹

Why are PFASs desirable (and problematic)?

PFASs have excellent heat, chemical and thermal stability; stain, water and dirt repellence and wetting; and surfactant properties. Hence, they are used in a wide variety of products and processes, e.g., soil, water and oil repellent treatments for carpets and rugs; stain repellent treatments for textiles, leathers and fabrics; in waxes, polishes, paints, adhesives, non-stick cookware, paper and food packaging; pesticides; and industrial uses such as in firefighting foams, aviation hydraulic fluid, metal plating, electronic circuit board manufacture, and oil and gas production.

PFASs are a concern to the environment and human health due to their persistent, bioaccumulation, toxicity (PBT), mutagenic and carcinogenic properties, and their adverse reproductive effects (mutagenic carcinogenic reproduction).

Scientists are still learning about the health effects of exposure to PFASs. Although more research is needed, some studies in people have shown that certain PFASs may be responsible for:

Sources of PFASs to the environment include direct manufacturing discharge to air and water, degradation, and/or precursors released from ﬁnal commercial and consumer products and industrial uses, such as the contamination of soil and surface and groundwater. PFASs and precursors are also transported great distances in the environment via atmospheric and ocean currents, as evidenced by the detection of PFASs in the Arctic environment in both biota (e.g., polar bears, seals, etc.) and in soils and water.

PFOS releases to the environment involving water and soil comes from a number of sources, e.g., grease repellents for packaging, surface treatments for rugs and carpets, households (from vacuuming and cleaning of carpets and such waste to landfills), firefighting foams, and from incomplete combustion during incineration of PFOS-containing products, among other sources.

PFOS and PFOA is now restricted by the United Nations’ Stockholm Convention on Persistent Organic Pollutants (or POPs), EU REACH, and many countries because of their persistent, bioaccumulative and toxicity properties, as well as mutagenic, carcinogenic and reproduction (MCR) concerns.

Various PFAS removal and treatment technologies are now commercially available to remove and destroy PFASs, such as filtration using micro-, nano- and ultrafiltration, GAC (granulated activated carbon), ionic exchange resins and adsorption media, reverse osmosis and others to remove PFASs and high thermal incineration, pyrolysis and electrochemical oxidation to destroy the C-F bonds of PFASs, to render them inert and safe.

Part two of this series will appear in the next edition of International Filtration News, considering safe thresholds for PFAS in the environment and how these substances are being addressed from a regulatory perspective.

“FAQs Regarding PFASs Associated with AFFF Use at US Military Sites,” Report for ESTCP, Jennifer Field et al, 2017.

Source:  The information is copied from filtnews

MARK RUFFALO TELLS EUROPEANS ON THE ENVIRONMENT: “YOU GUYS ARE THE HEROES...